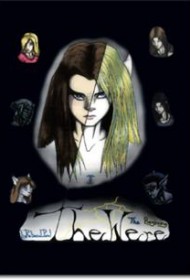 This paranormal adventure, presumably aimed at young adults, is like an unripe fruit: the potential is there for an undeniably succulent read but the novel was published well before it was ready.

Rebecca Lynn Paral is obviously a gifted artist (she created the illustrations, as well) with a fertile imagination, but there is a decidedly unfinished feel to this story. First and foremost, the narrative is rushed and rough. The bridges that connect scenes and sequences — and also can be used to enrich a story — are sloppily constructed and often nonexistent. On numerous occasions, these bridges are simply: “Then, suddenly…” These jumps give the read a sophomoric feel and destroy any kind of momentum that the story has going for it.

On a positive note, the premise for the story is ambitious. It’s a whimsical fusion of apocalyptic fiction, dark fantasy, and science fiction — essentially a coming-of-age tale that involves an almost-17-year-old girl who, during summer vacation, is struck by lightning and begins a revelatory journey in which she not only discovers her true origins (she’s a werecat) but also that she is the prophesized “great one that will save the world.”

Here again, however, is an example of the novel’s unfinished feel. Paral unleashes her imagination in this action-packed adventure — there are werewolves, time travelers, artificial intelligences, pegasi , anti-gravity chambers, witches and wizards, etc. — but many of these elements simply don’t mesh together. The story ultimately devolves into a narrative hodgepodge.

That said, the framework is certainly there for an engaging and thematically profound young adult saga. The main character Becky is endearing and the allegorical themes (prejudice, friendship, forgiveness, etc.), which are only superficially explored, have the potential to resonate powerfully with teen readers.

The subtitle of this novel indicates a sequel. Hopefully, Paral will make sure the next one is fully ripe before publishing.