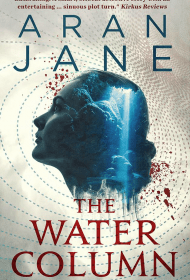 The victim is Wolf Holzinger, 33, the son of her boss’s friend Hans Holzinger, a wealthy dairy farmer. Wolf had fallen 16-stories to his death while attempting to rappel down the side of a building into his girlfriend’s apartment using a television coaxial cable. The mystery surrounding Wolf’s death raises questions: Would an experienced climber use a TV cable instead of a rope? And why was he mountaineering down the side of a building instead of using the front door? To punctuate the mystery, there’s no evidence on the building’s close circuit security system of Wolf entering the building, let alone the rooftop.

Across town, another man falls to his death from a housing complex building the same evening. Piper starts examining whether the deaths are related by interviewing witnesses, examining police reports, and following leads that point to CIA involvement and an even more clandestine unregulated agency.

Along the way, she develops romantic interests in both genders and is working to help her brother, an investment banker suspected of money laundering.

The story is crisply written with skilled dialogue and description. Readers will find the author’s portrait of Piper authentic and refreshing: The protagonist is seriously flawed, a recovering drug user and prostitute who suffers from deep depression and regularly visits a therapist for hypno-therapy involving meds. Piper’s ultra-insights are a result of her therapist using cutting-edge tech to enhance the brain’s natural capacity, making patients sharper and more intuitive. Piper discovers she’s being manipulated by friends, family and people she meets along her investigation, some who are the root of her neurosis and depression.

The story becomes slightly congested toward the end, and readers might find themselves rereading some passages for clarity. Nonetheless, Aran Jane has penned a thought-provoking character who deserves her own series.