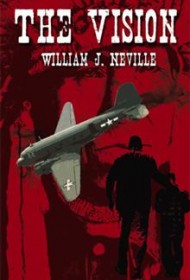 Tracing the spiritual explorations of a single Crow Indian family down nearly 200 years and through many generations in the ruggedness of Montana, this historical novel gives a fine portrait of Native American ways and traditions. Through accidental encounters with grizzly bears and battles with marauding Blackfoot and Sioux raiding parties (including rivalries within the tribe), family members struggle to survive threats from all directions. At the same time, succeeding generations strive to understand the mysterious spiritual insights passed to them by elders who came before.

All of this works well as long as the focus remains on the tribe’s history and the collective dreams of its members. But as the narrative advances toward the present, characters move from having dimension and depth to becoming mere representations, shadows of real people, as a world of wonder and surprise is replaced by one populated by far-too-predictable stick figures doing far-too-predictable things. The wise grandfather wins over his bitter daughter-in-law and confused grandson. The “awe shucks” rancher teeters on the edge of incoherence as he tries to express emotion to the woman he loves. Tourists in mail order cowboy gear and with too much liquor try to bait a stoic Indian.

Such piling on of simplistic and stereotypical interactions between characters who are more symbols than people detracts from the narrative’s overall strength as fiction.

Nevertheless, there is value here still. The view of Native Americans, their culture and their beliefs before all was subsumed by the tidal wave of white settlers, ranchers, gold diggers and ruthless adventurers makes the novel engaging and informative as historical description – which is probably how the author should have left it.