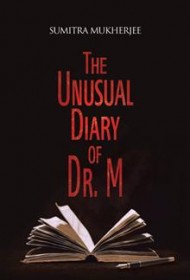 An Indian-born doctor practicing in Great Britain, the pseudonymous Sumitra Mukherjee recounts supernatural experiences he’s had over the years. They range from a drug-addicted patient who literally saw the light in a transcendent religious experience to a mysteriously seductive woman who claims to have been kidnapped by witches at age six.

While such tales might seem fictional, the book’s foreword (“A Sincere Appeal to Respected Readers”) indicates that they are true. It’s unclear why the author wishes to share these experiences with readers, especially since the foreword “apologises if that upset anybody.” Another curiosity: Mukherjee’s English is so murky and his layering of storylines so complicated—diary entries, letters, and dialogue are mixed together with abandon—that it’s sometimes difficult to figure out whether the doctor or some other person is relating a particular tale.

There’s no denying, however, that some of the stories are fascinating and creepy. One patient appears to have the ability to travel by astral projection and paranormally punish his enemies. Another, Ray, has an evil supernatural twin who goes out and assaults people while Ray is home in bed. A man finds a chest at a construction site and brings it home, where weird things start happening; only after his sons have seen an eerie little green man in their bedroom and his wife has become gravely ill does a coworker confess that he opened the chest out of curiosity and discovered….but the man dies before he has a chance to say what he saw inside.

The author appends lists of questions to several tales, suggesting there might be some rational explanation for the weird events he chronicles if only these questions could be answered. This gives the impression that he’s hedging his bets: passing along spooky stories without really vouching for their credibility. The Unusual Diary of Dr. M has a certain bizarre appeal, but it’s a jumble of shocks rather than a coherent narrative.

BlueInk Heads Up: Fans of old-fashioned ghost stories will find plenty of agreeable shivers here, though they may be surprised to find them presented in the context of a physician’s diary.