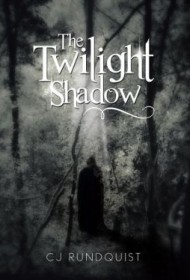 This supernatural thriller focuses on three mysterious identities: a skeleton found in an underground passageway; an imaginary ghost friend; and a shadowy figure who roams at twilight.

The Jacobs family, headed by Bruce, a police detective, and his wife, Elizabeth, recently purchased a Victorian mansion. They never suspected their mansion might conceal dangers for their three children until a bullet-ridden skeleton is found beneath the home.

Much of the book highlights Bruce’s police work as he and his team scramble to identify the skeletal remains and understand why a children’s poem was clutched in its hand. The rest of the story occurs mostly at home, where Elizabeth repeatedly tells her children, “There are no such things as ghosts,” even as her little girl brings her imaginary ghost friend with her everywhere. The family also becomes aware of a shadowy figure lurking in and around the house.

In addition to the police, other characters help shed light on the mysteries, including Bruce’s FBI-agent sister, assorted criminals, and the mansion’s former owner. Through police work and Elizabeth’s research skills, all three mysteries are satisfactorily resolved.

While the book contains an engaging storyline, writing mechanics detract significantly from its overall quality. Repetition of words and phrases abound: In Chapter Two, for instance, when the children explore the secret passage under the house, there are ten references to the hairs standing up on the back of one boy’s neck and 12 to him feeling as if someone is watching him.

This is a shame, as readers willing to overlook these flaws will find a thrilling story beneath the unpolished surface. With the help of a professional editor and proofreader, the story could have much wider appeal.