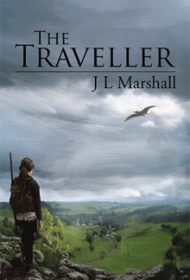 This imaginative fantasy focuses on one woman who goes by many names. Readers jump through time with Mary/Leela/Jula/Anne (as she is known in different times) as she struggles to keep evil time travelers from changing the fate of the world.

Prone to headaches and occasional seizures, Mary lives an average life working at a mundane data entry job. One day, she’s kidnapped and transported to a facility where crazed, machine-assisted time travelers attempt to perform brain surgery on her. They plan to remove a rare organ she possesses that allows her to jump through time naturally without use of technology. Mary escapes by following a voice that leads her to a portal (called a “time line”), where she jumps into the past.

Her subsequent jumps include lonely visits to the near-future, distant past, and back to the present. Two extended visits involve a male alien named ToRahn: first, when she saves him after he crash-lands in the desert; and again on his home planet after she’s attacked by a tiger. They share an inexplicable mind-link.

The early pages of the story can be quite confusing, with names and places shifting often. Additionally, Mary’s impressive fighting skills, with no apparent previous combat training, might raise a few eyebrows. The story would be improved with more explanation of how she adapts so quickly to her situation, how her brain abnormality originated, and how she feels about her newfound ability to jump through time.

Nonetheless, the writing is clear and utilitarian, effective without much embellishment. (“‘I need food. I’m starving, literally.’ The professor stares at her, not seeming to comprehend what she has said. She repeats herself in a voice that demands action. ‘Feed me man! Feed me.’”)  And although the narrative is focused more on action than introspection, it remains interesting throughout.

As the author slowly reveals the story’s secrets, readers should find themselves increasingly engaged with The Traveller.