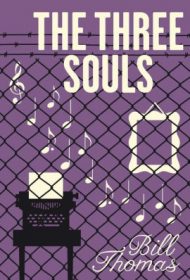 This novel traces the life of protagonist Johnny Chambers as he navigates his way through the Texas prison system.

The year is 1960 and Chambers has just lost his job as a truck driver when the police arrest him for robbery. Chambers realizes he’s been set up by Howie, who borrowed his car in which a .357 magnum was stashed beneath the seat. Police find the gun, still bearing Chambers’ fingerprints, in a trash bin.

Defended by a court-appointed novice attorney, Chambers is convicted of the crime and sentenced to five years. He has had a keen interest in reincarnation and soon finds himself in the company of Vinny and David, who he believes are the reincarnations of a famous painter and musician. Previous to their incarceration, both Vinny and David were on their deathbeds but miraculously survived— with talents neither previously possessed.

When Chambers tries to help Vinny and David reach their artistic potential by persuading the warden to provide the necessary implements, it sets off a series of events that reveal a corrupt prison system and nearly get Chambers killed.

Williams has a natural voice and easy writing style, but the story is hampered by several flaws. The idea of persuading a corrupt warden to assist Chambers in efforts on behalf of Vinny and David seems implausible. Meanwhile, the text includes missing words and letters, and problems with the narrative flow. Also, as the story begins, Chambers questions David about his ability with music, but there is no previous indication to explain why Chambers would know about this ability. Likewise, no matter how much times passes, it seems Chambers is always facing five years. Much of this could be corrected with a more careful edit and eye to the storyline.

Such problems make the book an often-frustrating read. As is, it is most likely to appeal to patient male readers who enjoy tales of corruption and justice.