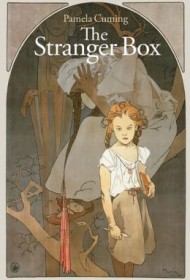 Set largely in and around New York City in the years leading up to 9/11, this debut novel—about a girl’s attempt to find the mother who abandoned her when she was an infant—is a unique blend of psychological horror and coming-of-age tale. Simultaneously redemptive and revenge-fueled, it is ultimately the story of a daughter and mother’s tumultuous journey of self-discovery.

Eden, who is almost 16 years old, has lived a nightmarish existence. When she was born, her biological mother essentially abandoned her. Adopted and abused by a family eventually torn apart by tragedy, Eden finds herself homeless—and hopeless. Looking for a safe place to sleep in the tunnels beneath New York City, Eden is kidnapped by a delusional psychopath who calls himself “the Dark Angel.”

Living underground as this man’s queen, Eden finds the inner strength to not only escape his clutches but to survive while also attempting to track down her mother. The story of Eden’s birth, she discovers, is filled with lies: It’s obvious that her mother never wanted Eden (or anyone else) to find out about her mistake.

The power of this book—an undeniable page-turner—comes from the sheer unpredictability of the storyline. The author incorporates a wide variety of narrative elements (Voodoo, Buddhism, the nature of evil, abandonment, abuse, etc.) that leads readers to a virtual precipice at novel’s end—and the last plot twist pushes them off of that cliff.

Character development is another strong point. The writing style is intelligent, insightful, and intimate; Eden becomes real in these pages, and her painful rebirth is both heartrending and heart-warming.

The ending of the novel is, frankly, a risky move on the author’s part, but it’s a courageous decision that makes for a powerful conclusion. Readers will find that The Stranger Box is unique, intense — and more than a little disturbing.