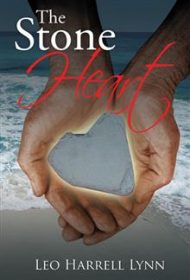 Stone is the youngest of four disparate children, “cursed by a happy childhood”; he recounts episodes from his childhood in Alabama and those after his family’s move to Northern California. Early on, Stone decides that his life’s mission is to find true love. But when he and/or other family members are robbed of this elusive goal, his despair is crippling. His “diary” illustrates his frequent disappointments, temporarily brightened by his affair with a married woman in the book’s second half.

Chapter 1 starts well when an enterprising, elementary-school age Stone, hunting for fallen treasures beneath stadium bleachers, is blindsided by a fetching little girl. The next chapter skillfully details an unexpected friendship between Stone and a black boy that briefly overrides the segregationist ’60s South.

Most chapters, however, disappoint. The chronological structure fails to produce a strong dramatic arc. After fascinating intros, Stone’s family and friends flatten out as the novel progresses. Frequent lapses into overblown, unnecessary poetry slow the pace. When Stone occasionally steps outside his self-pity, he’s engaging, light, even funny. More of this would have made the book far more appealing.

Lynn’s prose in general is cleanly written and includes some terrific descriptions, depicting a face’s off-center features, for example, as “a chess piece slightly askew from its square.” However, in scenes between Stone and his lover, dialogue swerves into baroque stiffness: “Make love to me until I die in your arms,” his lover says to him, as the book pivots from family drama to melodramatic, steamy romance.

Another early chapter, titled “Butch,” stands out, illustrating Stone’s realization that a onetime schoolyard bully is actually struggling against tragic odds. Perhaps if Lynn studied the elements that enliven these initial chapters (multilayered characters, dramatic endings), he could be his own best teacher for a superb new endeavor.