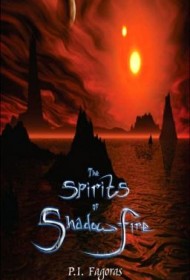 Set in an alternate version of Earth’s distant past, this fun fantasy novel focuses on two children, an impulsive boy named TJ and his meticulously groomed friend, Jessica.

Like other adolescent children at their martial arts school, they have special powers, including telepathy, superior strength, and number-based fighting abilities associated with their planet of origin. Unbeknownst to them, they are being trained by their teacher and clan leader, Irises, to battle Abrath the Usurper, who overshadows all evil in the galaxy.

One day while fighting bullies, TJ and Jessica, along with their chubby friend Chak, are accidentally teleported to a strange land. Two men kidnap the children and send them on a spaceship to a mining colony. Jessica receives a telepathic message from Irises as he attempts to determine their location and provide advice until help arrives.

During their lengthy captivity, individual quirks in the children become apparent. TJ often blurts out inappropriate responses; Jessica laments about her messy hair and dirty clothes; and Chak sobs when he’s hungry, scared, or needs to use the bathroom. Matters of privacy become comical at times, such as when the children must figure out how to bathe together without any peeking.

Young readers should enjoy these humorous additions to the action and be comfortable with the language, which includes words such as “repertoire,” “disentangling,” “levitating,” and “kinetic.”

Though highly entertaining, this book is not without flaws. Nearly every page includes typos (e.g., “Clark” instead of Chak), punctuation errors and/or repetition that could be fixed with professional editing. Ideas are introduced, such as “Algebraic Warriors” and “Pythagorus Palm,” without much explanation or further reference.

The most disconcerting problem is the abrupt ending where the engaging story merely stops without resolution. Clearly intended to leave readers hanging as they await the next in the series, this technique instead may leave readers dissatisfied. Those who are willing to overlook this frustration, however, will find the promising beginning to an entertaining children’s space saga.