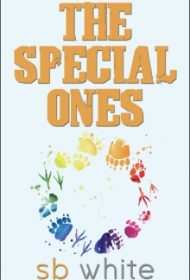 Author sb white’s new middle grade novel follows the adventures of four children using their unusual skills to fight injustice on their home planet and beyond.

The scientists are originally from the planet Ulterion, which has been driven into a post-apocalyptic state after a societal schism allowed rogue robots to take control. They came to Adoran and worked to create a group of children whose combined human and animal DNA would be undetectable to those robots on their home planet. These four children are, as far as they know, all that remain of the experiment.

Now, Grand Pierre and Aunt May must embark on another mission, leaving their charges in an orphanage. There, Boxer, Battle, Manx and Wren wrangle with bullies, embark on secret missions and discover other children with special abilities of their own. Eventually, the expanded group must journey to Ulterion for a final battle against the robots.

The Special Ones features an engaging plot and likeable characters—particularly Dent, a fast-talking boy with rat DNA who the children meet at the orphanage.  Major changes in setting and plot feel organic rather than forced. On the negative side, although the writing efficiently furthers the plot, it is overwhelmingly expository, offering little narrative texture and few vivid details. This is a potentially debilitating weakness, but the author’s talents for pacing and for crafting a compelling story arc largely overcome it.

While it could be more memorable, The Special Ones is an entertaining read, likely to satisfy pre-teen and young teen fans of the genre.