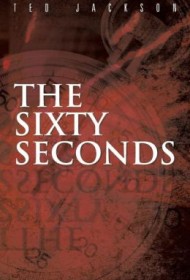 Ted Jackson’s novel The Sixty Seconds falls loosely into the time travel genre. The book’s main character, Jason Bricker, loses his job as a software engineer and discovers, on the same day as his termination, that he can go back in time in 60-second increments.

Driven by the need for financial security, Jason convinces his family that he should use his ability to manipulate time at the gaming tables in Las Vegas. He plays a variety of games, from roulette to blackjack to Texas Hold ’Em, and wins a substantial amount of money. He also forms a friendship with an attorney from Arizona who convinces Jason to move his family there from Colorado.

They restart their lives in Arizona, and Jason gets a new job. Everything proceeds normally until he uses his time-manipulation for less selfish and more risky purposes. The novel closes with Jason explaining his special power to government authorities, giving the reader the feeling that a sequel will follow with Jason using his “gift” as an agent for the United States.

The plot moves right along, but The Sixty Seconds offers little else to attract the reader. Jackson’s descriptions are minimal and fail to create a world that the reader can visualize. Jason, for instance, buys a house in Arizona, but the reader is told nothing about it except that it has a central air unit and a swimming pool.

Jackson also fails to develop his characters sufficiently. The protagonist’s wife and sons are so poorly realized that they serve only as ghostly backdrops to the plot. To make his novel more appealing, the author would do well to flesh out the narrative with some vivid descriptions and more three-dimensional characters.