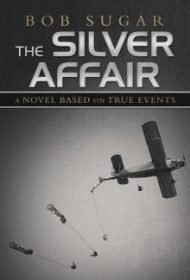 In this spirited thriller, five men from a retired American ops team reunite to try to cash in on some valuable enemy contraband, only to find a deadly bullseye on their backs.

The novel is based on true events involving a secret specialty team (later known as the Green Berets) used by the U.S. government for covert, assassination and extraction operations. It opens in 1951 as the men drop into a remote compound in France to rescue a captured officer from an area ruled by an enemy group dealing in contraband drugs and guns.

While making the risky yet successful rescue, the men observe the enemies stashing what appears to be silver ingots into an underground vault. They vow to one day go back to find it. The story then fast forwards nearly 20 years to their plans to reunite.

As the men plot the return trip to France from homes at various locations around the globe, they are surprised by repeated attempts on their lives by an unknown group of people. They dodge bullets and explosions and use their best skills to avoid being killed as they struggle to figure out who is after the covert team members and why.

The novel hits the ground running with a strong interplay of events involving well-drawn characters with distinct personalities. Written in a straightforward style with plain language, the absorbing plot unfolds smoothly. It reads fluidly as a well-constructed, captivating novel, not only spinning a strong tale, but offering an intriguing glimpse into the real lives of covert soldiers who require clever and extreme survival skills to combat the most persistent of enemies.

Unfortunately, copyediting issues (such as incorrect use of quotation marks) remain in need of attention.

Nonetheless, this is a gripping story that should appeal to a wide audience.