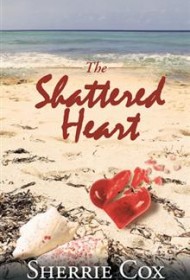 In this novel, the main character, Sally, counts on her faith and family to see her through endless problems and enduring heartbreak with a mentally ill son.

Sally has more ordeals than Job: She almost loses her life as she gives birth to her second son, Aaron; then, a few years later, she is diagnosed with cancer and undergoes chemotherapy, even as her husband must leave the country for a job overseas. But of all her trials, it’s her eldest son Bradley who will test her faith to the limits.

The story is compelling as Bradley progresses from a troublesome child to a menacing adult, becoming more and more physically dangerous, getting into fights with his father and brother that necessitate calling the police. In the defining moment in the book, Bradley nearly kills his mother with a hammer. Yet the author powers through the tragic events, often glossing over precious details about everything from the mundane (what exactly is Sally’s job at the hospital?) to the more serious (when exactly did Bradley receive a diagnosis of bi-polar disorder?).

Along the same lines, her hurried writing leads to numerous spelling, grammatical, and copyediting errors, such as random capitalizations, run-on sentences, and misused words. In one example, younger son Aaron shoplifts (at Bradley’s urging). When Sally’s husband Richard marches Aaron back to the store to apologize to the store manager, the manager says, “…After talking to Aaron with our security team, we have decided to except [sic] Aaron’s apology and send him home with you…Is that escapable [sic] to you?”

Despite the many writing errors, the book may appeal to others who are dealing with mental illness in their families. Although there is no happy ending here for Bradley and his parents, Sally’s positive attitude and faith may bring comfort as others realize that they are not alone.