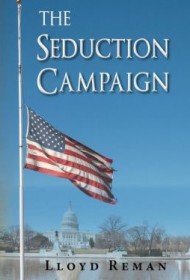 The Seduction Campaign is a pulse-pounding political thriller that focuses on the lengths companies will go to in order to protect their secrets.

Mindy Brand has just finished her third year as an undergraduate student at Harvard, but her high GPA isn’t enough to satisfy her. Mindy’s father was a world-renowned investigative journalist, and she wants to follow in his footsteps. Meanwhile, Kurt Jennings works for a Rush Limbaugh-style radio personality and believes he has it made. When Mindy starts looking into three mysterious deaths, she discovers Kurt has investigated these murders, as well, for a story for his radio show. They team up in order to discover the truth: whether companies are killing Americans who seek to expose their secrets.

There are certainly aspects of The Seduction Campaign that are difficult to believe — plot points that are far-fetched — but the pacing and storyline are engaging enough that readers will likely be able to put aside doubts and just enjoy the novel. There are many characters, and readers might have difficulty keeping them straight, but Reman fleshes out his two primary characters well. Both Mindy and Kurt are well-developed; readers can feel Mindy’s self-doubt radiating from the pages just as easily as they can sense Kurt’s self-confidence.

The writing style of The Seduction Campaign also contributes to the ease of reading: It’s descriptive, but also matter-of-fact. There are few frills as Reman’s sure hand concentrates on that which is most important: the story.

If you are a reader who can easily suspend disbelief in order to sink into a novel, this book is one you should consider, especially if you are a fan of political thrillers.