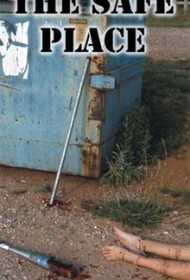 The Safe Place is a slim romance story that begins with a tragedy.

One day a beaten, bloodied young woman, barely alive, is found outside a psychologist’s office. The woman cannot speak and has no memory. Although the psychologist has no idea who she is, he becomes her instant rescuer and champion. He sits by her hospital bed day after day, unquestioningly takes her into his home, and ultimately finds romance.

In the romance genre, often a character is not who he or she seems, or the couple faces stumbling blocks on the pathway to love. Here, however, the two characters enjoy a simple, straightforward march towards coupling. This squanders an opportunity for a more interesting, nuanced tale.

Yes, there are fleeting glimpses of the woman with a shattered self-worth struggling to move forward without a road map of the past. Most poignant are the flashes of the character’s rebellion against utter dependence — but then she too quickly retreats into gratefulness.

As for the psychologist, he is cast simply as a rich, handsome hero. The narrative hints that he is lonely and wants love, but offers no real character development. At minimum, some self-doubt about what he has gotten himself into would have made him more interesting and deepened the story. In the end, the Svengali nature of his possessiveness comes off as vaguely disturbing rather than romantic.

The writing style is crisp (although occasionally lazy, as in: “They went shopping together and had lots of fun”). And Dilbeck has a good grasp of detail, such as a sweet scene when the psychologist’s family gathers to throw a dart at a calendar to pick a birthday for the woman, who can’t remember her birth date. The author also finds a clever way of connecting the dots. But ultimately, it’s all too tidy and improbable, even allowing for the conventions of the genre. Escapist fare can be fun but this one largely misses the mark.