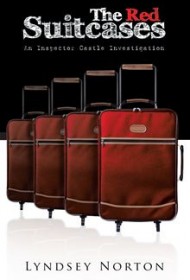 In this page-turning contemporary thriller set in London, the hunt is on for the audacious and lethal terrorist known as Fakesh.

Becky Castle is an officer with Britain’s version of Homeland Security, and her hunky husband Bob is on leave from his duties with a parachute regiment in Iraq. They are indisputably in love; the pair relieves the tension of having dangerous jobs by engaging in wild and intense passion-driven sex, which occurs so frequently, readers will be left spent and exhausted, or perhaps, inspired.

Becky is one of the few people who can recognize Fakesh, so she is called out repeatedly as the terrorist toys with the authorities by leaving red suitcases laden with all types of explosive materials at Heathrow Airport. Becky’s intuition is known to be infallible, and she believes Fakesh is setting them all up for a spectacular act of terrorism that could take down the entire British government. And she’s right.

The book details the everyday lives of people who face death and destruction routinely. The couple’s friends share Becky and Bob’s professions; they’ve all walked through peril in each other’s shoes and understand the sort of lifestyle that entails. For example, when Becky and her team are called away from one of their friends’ weddings, all is forgiven, leaving the groom longing to go with them. If author Lyndsey Norton’s intention is to illustrate how such people grab happiness by the throat whenever they can, she has succeeded

Norton’s competent writing alternates between saucy and serious. The pacing is crisp and the dialogue authentic. The only problem seems to be the author’s misuse of possessives versus plurals. Such technical considerations aside, however, this is a satisfying read – a fast-paced thriller that’s ready for prime time.