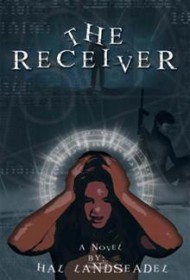 This well-written and tightly plotted science fiction thriller explores the ramifications of telepathy in a modern-day society, specifically how the United States government can use those with mind-reading ability to thwart terrorist activity. Although this topic has been examined in-depth since the advent of science fiction—A. E. van Vogt’s Slan (1946) and Alfred Bester’s The Demolished Man (1953), to name a few— Hal Landseadel’s approach is admirably subtle, blending the science fiction elements of the storyline into a contemporary espionage thriller.

The narrative revolves around two main characters. Susan Stewart seems like an ordinary young woman living in a small Indiana town, but to the United States government, she’s extraordinary. She’s a “receiver”—someone who can read people’s thoughts and memories—and once her abilities are identified, she is recruited to work for the Institute of Telepathic Studies, a research center covertly connected to the government whose mission is to combat terrorism.

Jack Miller is a professional gambler, a lone drifter, who has used his telepathic ability to amass a substantial amount of money playing poker. Living just outside of Las Vegas, Miller has finally found meaning in his life. Just weeks away from marrying the love of his life, his idyllic existence is complicated when he gets involved with murderous criminals. Stewart and Miller’s paths intersect when they become entangled in a grand-scale conspiracy that goes right to the top of Washington’s political hierarchy.

Featuring well-developed and endearing characters and an impressively intricate storyline, this novel has very few flaws. The one criticism is the pacing, which noticeably suffers in the middle chapters after the author introduces Miller and attempts to bring readers up to speed concerning his story. But in the grand scheme of things, that minor setback is all but forgotten when the storyline picks up speed in the latter chapters. Readers will forgive the lapse and savor the ingenious and satisfying conclusion.