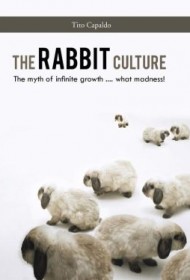 This memoir’s pivotal story, set predominantly in Italy, concerns the adoption of a Romanian boy from an orphanage. Surrounding those details, author Tito Capaldo offers personal reflections regarding how he believes the world has changed in ways that negatively impact nature, society and life in general.

The book opens in December, 1991, when Capaldo, a military pilot, and his wife, Maria, get a call from social services regarding a child available for adoption. Marco, then 6-1/2, had been adopted before by a Canadian family, but that situation didn’t work out. Despite reservations about adopting an older child, the couple follows through anyway.

Marco seems in good health and initially is exuberant. But as he grows, he becomes reckless, impulsive and develops a temper. His worsening condition leads to hospitalization and bigger issues. The situation also threatens the couple’s relationship both with Marco and each other, as Maria rejects their son while Tito is determined to remain steadfast despite his son’s difficulties.

Around the surface story focusing on Marco, Capaldo laments the declining economic situation in his home town of Campo di Giove, discusses troubles with the Italian political system, struggles with the meaning of religion, and complains about people overpopulating the planet to the point where it threatens the sustainability of the planet for future generations.

At times, the book reads as if drawn from the author’s personal journals. The text offers occasionally crisp description (“I could hear the clip-clop sound of the mules jot-trotting on the ground.”). However, as a whole it drifts across so many varied ruminations that Marco and his plight get lost in the telling. In addition, run-on sentences are disruptive and cry for punctuation.