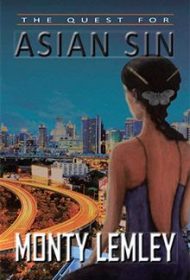 Retired, divorced, hard-drinking former cop Jack Conner is on a well-earned vacation in San Diego when he reads in the newspaper that a retired adult film star, “Asian Sin,” has disappeared without a trace. Something in her resonates with Jack, who still pines over an adolescent love affair with a young Chinese woman named Xiu Tang.

His mind busy and his time free, Jack flies to L.A. to dig deeper. His investigation carries him into a shadowy, dangerous world of X-rated films, drug dealers and human traffickers, a world that earns Jack plenty of bruises in short order. Fortunately, the author gives his protagonist help from many others, ranging from an attractive Chinese-American attorney and her mother to a ravishing Asian escort and a host of brothers-in-arms that includes cops, war veterans, and a pair of wily Hong Kong guns for hire.

It’s best not to think too hard about the sprawling plot, which relies on myriad surprise reversals. For example, one gangster on Jack’s suspect list turns out to be cousin to Asian Sin, uncle to Jack’s attorney friend, and brother to the attorney’s mother; keeping all these characters straight practically requires a family tree.

Conner is a white hat hero of the first degree (despite the fact our laconic hero beds both the attorney and the escort) and readers looking for a red-blooded crime novel set in truly unfamiliar territory will feel right at home here.