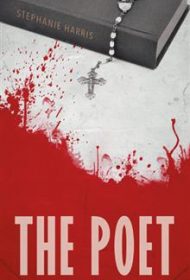 A woman’s encounter with an intriguing male guest during a vacation ends in chaos and deaths in this highly imaginative and tightly penned psychological thriller.

Rebecca, who holds a high-stress job as administrator of a psychiatric hospital, heads off to a remote, rustic resort situated hours from her suburban Chicago home for some relaxation. There, she meets Jack, the man in the next cabin, who claims to work in risk management.  He is intriguing and even though he feels a bit dangerous, Rebecca is drawn in.

Shortly after he heads off for a work obligation, Rebecca and the other guests are taken captive in a brutal way by a group of armed men. What follows is an intricately woven and absorbing plot tied together with Jack’s mysterious life, Rebecca’s ability to draw on inner strength and handle intense situations, and a feared person called The Poet—an intriguing, quiet, yet steely-eyed man whose complicated early upbringing among priests led to his stealthy work as an assassin.

This novel is the first of a series featuring Rebecca and The Poet, and it delivers forcefully with dramatic structure and depth. Every sentence and detail seem purposefully chosen to subtly drop hints and advance the beautifully complex interplay between characters and events as the suspense builds. For example, when Rebecca sees a tense encounter between two men, she observes this: “The man in the flannel was holding out a five-dollar bill to the fisherman and had a smile on his face, but not in his eyes. A terrible smile.”  Elsewhere, she describes her job as unpredictable and challenging, like “adrenaline-filled mental chess.”

The main characters are richly drawn and layered, exhibiting compassion along with flaws and complicated feelings. They are emotionally honest and highly memorable, and their actions and dialogue feel utterly authentic.

Overall, this haunting, intense novel is a sure winner—one that should thrill a wide swath of readers, who will beg for more installments.