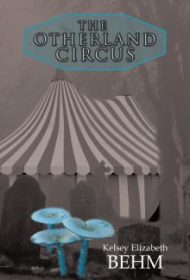 What if there were an alternative reality for troubled women sliding from violent lives into death? That’s the imaginative, yet disturbing fantasy unspooled in Kelsey Elizabeth Behm’s The Otherland Circus.

Borrowing heavily from Alice’s Adventures in Wonderland (the young victims are known collectively as “Alices,” and the main character, Lizzie, was raised on the classic), Behm delivers two parallel storylines that ultimately collide. In the first, Lizzie is a bright young woman whose curiosity turns to dread as she seeks to uncover the mysteries of her father’s grisly experiments on criminally insane female patients at the Pauper’s Lunatic Mill. The second is the backstory of the young women themselves and how betrayals and lack of love led them not only to violent acts but to a hallucinogenic netherworld where they hope to find eternal relief. Of course, nothing is as it seems, and utopia can be as harsh and imprisoning as the life they left behind.

This is an intriguing concept, and Behm is an immensely creative writer. Still, the book can be a heavy lift. The author is determined to delay gratification, waiting to reveal the smallest of clues until well into the story. This makes it frustrating to follow the action and connect the characters, especially the young women whose relevance and backgrounds are revealed too slowly and feel incomplete. There’s also a deep unmined vein about Lizzie’s childhood and uneasy relationship with her father.

The dense writing style compounds reading difficulties. (“The feast of the rotted flesh from the girls was left unmentioned between them, though Lizzie recognized the importance of that fact in conjunction with the theory she wished to present.”) Additionally, the story’s gruesome details can be repellent, including the young woman longing for beauty who sliced off the face of her rival.

The Otherland Circus is an extremely dark tale that may appeal to fans of gothic stories. Still, clearer language and more context would enhance this narrative.