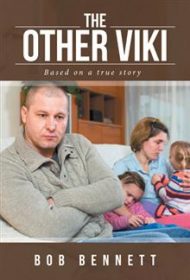 From homesteading struggles in Romania to striving for the American Dream, this fact-based fictional saga captures the journey of a young girl, who, despite separation from her biological parents, forges a productive, fulfilling life.

Amidst the Great Depression, five of the Antonescu children are sent from their home to work a rugged parcel of land in the Romanian countryside. It’s their only hope for survival. By 1948, communist rule and the collectivization of rural farms force the siblings to pursue their separate lives. In the wake of dire circumstances, eldest brother Harald and his wife adopt one of his twin nieces.

Divided into six parts, the novel focuses on the child, Viki, from her earliest years through schooling, marriage, careers, and an eventual move to the U.S. Like most family dramas, there are joys and sorrows throughout, with celebratory tuica (plum brandy) toasts intertwined with political upheaval and the shadow the Securitate (secret police) cast over their lives.

Repetition hampers this multi-generational novel, as elders regurgitate events to steer the youth in a more positive direction. While an understandable action, it tends to slow the pace. Likewise, with the story’s focus on immigration, continuous discussions regarding travel, relocation, and documentation concerns quickly become redundant. At times, the dialogue seems overly formal, although this may merely reflect European tradition. There are also instances where the narrative is weighed down by excessive exposition. (Even Viki notes when being introduced to a new job that the welcoming speech seems “longer than some of her university lectures.”) Several grammatical and typographical errors also prove distracting.

Nonetheless, the author shines in his descriptive writing and in showcasing indefatigable characters, determined to ensure their own futures. The story confirms value in a good education and strong work ethic.

Ultimately, the novel will likely prove a satisfying and informative read for those drawn to family drama that includes a Southeastern European landscape steeped in culture, history, and politics.