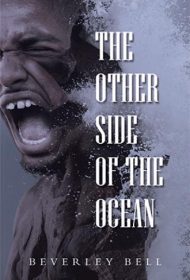 When war comes to a young man’s Sierra Leone town, his life is brutally changed in Beverley Bell’s The Other Side of the Ocean.

Saah is a happy teenager living in Freetown with his family. He is aware of the war —known as the blood diamond war—raging in his country, but so far life has proceeded fairly normally. Then one day, while Saah is at his sister’s, the rebel soldiers come to Freetown, setting fire to homes, and killing most anyone who gets in their way. Saah and his brother-in-law, Musa, manage to escape, though not unscathed.

After a treacherous trip at sea, the pair arrive in a country where they believe they will be safe, but the border patrol agents seem almost as dangerous as the rebel soldiers. As they travel, seeking safety and care, they discover that not everyone welcomes refugees. They must also adapt to a new way of living as they transition from a life where a meal might be gathered from nearby fruit trees, to one involving microwaves and TV dinners.

This is an authentic, unflinching look at violence, racism and their victims. Bell writes that she worked many years as a “counsellor” and was inspired to write this novel by the refugees she met during the course of her career. Her experience makes for a tale that is at times heartbreaking and gruesome, but also speaks of endurance and hope, even in the face of the unimaginable.

The author’s style is confident, straightforward and early on skillfully captures the innocence of childhood, such as when Saah and his friends say goodbye to a friend: “Life went on, and Saah and his friends allocated Haniah a place in the back of their minds with other people they used to know.”

One plot thread involves a brutal injury that at times seems to go unacknowledged, but that is a minor flaw in this well-paced, absorbing account of survival.