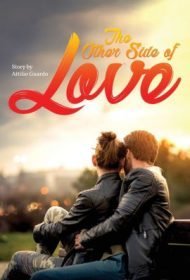 In Attilio Guardo’s vengeful fictional drama, a self-centered 20-something born into a life of privilege seeks revenge upon the girlfriend who dumped him.

Conrad Arlington Hill’s life has become one of deliberate seclusion since the beautiful Abigail McCloud, fed up with his drinking and self-serving attitude, ended their relationship. He becomes intent on inflicting Abigail with the same emotional pain she delivered. To that end, Conrad offers his former military buddy Ed McDowell, now an aspiring actor, a job to “get even” with his ex by gaining her love and trust, then tossing her aside.

Predictably, Ed and Abigail develop real feelings for each other. Meanwhile, Conrad’s outrage intensifies, resulting in threatening phone calls, hit-and-run collisions, and a hit man hired to run Ed out of town. Faced with Ed’s endangerment, a devastated Abigail lands in a psyche hospital. Still bent on revenge, Conrad entertains relationships with two other women with the flagrant intention of victimizing both. The spiraling results are more than he bargained for.

Guardo creates an extremely volatile persona in Conrad. While Conrad’s background of joining the military to escape his domineering parents may provide some insight into his rebellious tendencies, his vindictive and hateful nature is never fully justified. The narrative also exhibits an uneven tone, moving quickly from the romantic clichés of “their eyes meet with an unexplainable presence of warmth …” to the misogynistic dialogue of “The no good phony bitch will pay.”

Additionally, the author tends to over-tell, rather than letting readers draw their own conclusions. When Conrad implores Ed to do whatever it takes to win Abigail over, the dialogue includes this line: “‘Then we will go for the kill,’ and he said the word kill with passion.”

As the plot unfolds, the mix of characters and action keep readers engaged. Unfortunately, Conrad’s forced atonement at book’s end will likely leave readers wondering whether this predatory individual has truly returned from “The Other Side of Love.”