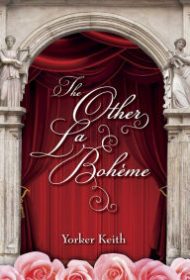 The story focuses primarily on Henry, Stephanie, Jennifer and John, members of Dolci Quattro – or the “sweet four” – who completed their master’s degrees at the Manhattan School of Music and formed the group to support each other as they pursued professional opera careers. As the story opens, it is October with the performance set for March. The four are close friends, but they have sworn to keep their relationships with each other platonic, and each is involved with someone not pursuing an opera career.

The story opens on a joyous note with much singing and laughter, but as the singers return to their private worlds, their lives are soon thrown into disarray. Nonetheless, they persevere in their passion to put on a professional performance with grueling coaching sessions, rehearsals and the ill will of at least one understudy.

This is a skillfully written, polished read informed by the author’s obvious knowledge of the world of opera. While the subject could be off-putting to the non-opera fan, Yorker Keith does a fine job of delivering just enough information to ensure that readers are not left in the cold. (Occasionally the amount of detail in rehearsals and other performances grows monotonous, but generally, the story moves along nicely.) The hustle and bustle of New York keeps the action spinning, and the characters’ devotion to their careers is infectious.

Overall, this is an entertaining novel—one that will engage a wide range of readers, particularly, but certainly not limited to, opera aficionados.