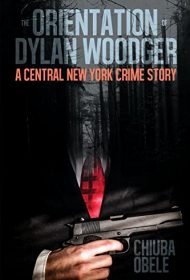 The Orientation of Dylan Woodger follows young college student Dylan, who is captured by a notorious gang and subjected to torture and rape.

The book begins with Dylan’s mother driving her son to Utica’s Hamilton College, a town characterized by lawlessness and mafia control. Shortly after, Dylan finds himself in a forest, abandoned and with a bullet wound on his shoulder.

Upon gaining consciousness, he realizes someone has injected him with a drug that has erased three years of his life from his memory. He later learns that he has stolen three million dollars from Big Max, the mafia boss, who wants his money back. With no explanation to give on how he stole the money and where he took it, Dylan is subjected to torture and rape by the mafia hitmen who don’t believe him.

As he attempts to recover his memory, Dylan slowly begins to recall his past dark deeds and seeks retribution for those he wronged as he also yearns for redemption. Soon, he discovers that those close to him are not who they claim to be and are keeping terrible secrets from him.

Chiuba Obele’s immersive story delivers a beguiling beginning. He deftly handles sensitive topics such as rape, misogyny, and racism, using the protagonist as a moral compass to navigate across humanity’s social issues. Further, evocative conversations are eye-opening and thought-provoking, making this illuminating as well as escapist entertainment. Twists and turns keep readers engaged throughout.

At times, the actions of the antagonists and main protagonist Dylan are unconvincing. For example, his continued feelings towards his girlfriend Katerina, despite her glaring flaws and betrayal, detract from the story’s plausibility.

That notwithstanding, thriller fans will find this a well-layered story that offers a satisfying brew of romance, crime, and mystery.