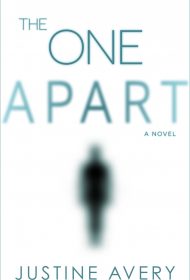 This is the tale of a boy who possesses an uncanny awareness of his own existence far beyond this life.

As the story opens, teen mother Sancha is mourning the youth she expects to lose with the birth of a child, who was the result of a chance encounter with a blue-eyed stranger. She plans to give the infant up for adoption and never set eyes on him again. Simultaneously, the infant, who knows himself by the name of Tres, is preparing for his own birth, recalling past experiences in previous lives. It’s a traumatic time for both.

But Sancha’s mother, Maria, isn’t about to let her daughter give up her grandson so easily, and soon Sancha and the son she names Aaron form an unbreakable bond. Aaron develops at an astonishing rate, teaching himself to walk and run, then picking out his own outfits and feeding himself by the time he’s four months old. As Aaron ages, otherworldly presences he’s sensed in his life begin to appear more frequently and eventually communicate with him.

This is an ambitious, carefully plotted book that is, on one hand, the story of a small, close family and the trials and triumphs of daily life, and on the other, about a young man living a dual, paranormal life. It’s highly original with several unexpected twists.

Unfortunately, Aron’s communications with the beings known as “aselves” can be confusing and somewhat tedious, exacerbated by many unfamiliar terms and entities. Aaron is the “ObServed,” while the “aselve” known as Fei, is the “OnLooker,” and collectively the “aselves” constitute the “Consultation,” which seems to be directed by “The Natural Order of Things.”

Nonetheless, the author’s careful attention to her characters’ trajectories and the unexpected turns not only in plot but in the development of authentic characters make this an engaging story that will have readers cheering for Aaron and his family.