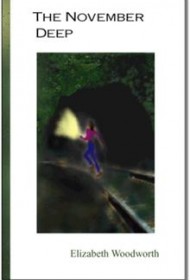 In her supremely confident fiction debut, author Elizabeth Woodworth may have come up with a new genre: the cozy science thriller.

The very likable heroine of this contemporary tale of intrigue is Nell Fitzgerald O’Donovan, a young widow who, at the urging of her late husband, has given up a career as a bookseller to become a conflict resolution consultant. Finding she has a “sixth sense” when it comes to locating the source of any trouble, she now eschews routine cases, preferring those with more intrigue. “In short,” Woodworth writes, “she was becoming something of a sleuth.”

Her current assignment is to travel from her idyllic home on Galiano Island, off Vancouver, to northern Ontario to observe scientists and personnel involved in a major endeavor to count solar neutrinos. Much time, money, and reputation have been invested to undertake this controversial study of dark matter that was released into the universe at the time of the Big Bang. There’s a lot at stake for all participants, and someone is attempting to sabotage the project. To get at the root of the problem, Nell poses as an administrative assistant, proving herself both clever and intrepid.

The characters are well drawn, and the writing is seamless. The science may put off readers of traditional cozies, but the author’s balance of relevant information and mystery make it all very palatable. For example, the actual counting of neutrinos is to be done from more than a mile down into the earth, where a massive laboratory has been constructed. The detailed images Woodworth paints make the place come alive, and the perils of such an operation become frighteningly real. Adding to the drama is Nell’s claustrophobia, which she is forced to conquer to descend so very far down.

Readers wishing to travel to what feels like the center of the earth can easily do so in the span of a lazy afternoon with The November Deep.