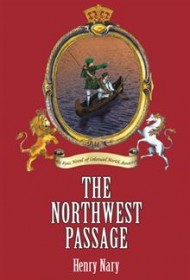 This lengthy and engaging novel explores a man who became a myth while chasing a dream that turned into a nightmare.

Robert Rogers, a true figure in American history, is famous as the leader of Rogers’ Rangers, a unit of American colonial irregulars who were a terror to their enemies during the French and Indian War of the mid-18th century. According to the author, though, his true obsession was to find a water route across the North American continent to the Pacific — the fabled Northwest Passage — an obsession that led to his downfall.

The story is based on Rogers’ journals and other historical information. Rogers’ strategic and tactical decisions during the war are well drawn here as the English regulars and Colonial militias drive the French from New England and Canada. His Rangers’ contribution to this victory, retold with dramatic intensity, is marked by ambushes, escapes, and successful raids.

But while Rogers the soldier comes through in sharp relief, the author struggles a bit with Rogers the man, who resists easy characterization.  Although a colleague observes that Rogers is “more comfortable with his musket than with a woman,” he has no trouble falling in love, to the long-term detriment of both himself and the objects of his infatuation. Thinking the American Revolution is doomed to failure, he fights first as a loyalist but later reverses his field and offers his services to George Washington before departing for England to seek funds for his true quest. There, distraught by the failure to finance his dream, he fades from history into an alcoholic stupor and toward a lonely pauper’s death.

With a central actor so hard to pin down, there remains something indistinct at the heart of the story, despite the author’s almost heroic efforts. Still, while tracing this man’s decline from triumph to irrelevance, the novel gives a fine and vivid portrait of colonial America that readers will appreciate.