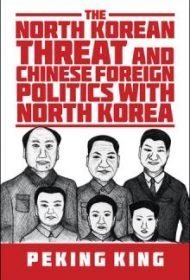 The main thesis of this book is straightforward and comforting: “There will be no war in the West Pacific in the next few years.”

Born and raised in Hong Kong, educated and trained as an engineer in the U.S., author Peking King bases this conclusion on an overview of the history of Southeast Asia.  Unfortunately, his work is replete with grammatical errors that make reading difficult.

Most of the focus is on China which, the author maintains, has become in the years after Mao “a capitalist nation with a Communist Party.” In international terms, this means that trade is far more important to its government than military confrontation. Because their relationship is based strictly on economics, “[f]or China, South Korea is a more important ally than North Korea.”

While China has transformed, the Kim family has maintained its despotic monarchy in the North and is currently led by “the most spoiled brat on earth,” the author posits, a man-child playing with nuclear weapons in his sandbox.  The author maintains that the best way to deal with this challenge is “to isolate [North Korea] and ignore them,” an approach that depends on China to reign in Kim’s most outrageous threats.  Fortunately, Peking states, such a tight grip is in the interests of China, the United States and of peace itself.

This conclusion is well reasoned, but unfortunately, the book is poorly edited and hard to follow. Overall, it demonstrates a precarious grasp of English grammar.  Verbs often appear in the wrong tense, sentences are occasionally left as fragments and the author’s points are not always clearly stated; for example, “Even today the North Korean regime is still using massive amount innocent people die by airstrike during the Korean War as anti-American propaganda.” Such jumbled sentences make for an extremely challenging read.

While the author’s argument is provocative and deserving of attention, the book requires a careful edit before it can attract an appreciative audience.