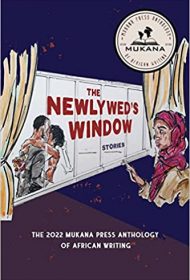 The stories cover an expansive range of subjects. Many feature young people learning about the world in both tender and tragic ways. In “Our Girl Bimpe,” Bimpe’s fake profile on Facebook causes her trouble, and in the compelling “This Is for My Aunt Penzi, Who—,” the narrator reflects on the judgments neighbors level on her untraditional aunt.

Several stories invoke a world full of spirits, as with “Old Photographs,” in which a young girl encounters her father through a picture, or “The Daya Zimu,” in which the narrator finds herself drawn by the new girl at school into a dangerous conjuring game. Sometimes, violence erupts, as in “Black Paw Paw,” where a young maid commits an unintended injury, or “Gasping For Air,” in which a serial killer stalks his next victim.

While all the stories are written with assurance and vivid imagery, the most appealing focus on the small moments that change one’s perspective: the news the young narrator learns in “A Letter From Ireland,” for example, or a moment when Mareba of “Mareba’s Tavern” understands her difficult daughter.

The language throughout is bright and engaging, the bits of dialect adding a textured rhythm while fresh metaphors leap off the page, as when Laila, the young narrator watching life go on about her in Stonetown through “The Newlywed’s Window,” thinks “The streets were thick sponges; all their secrets lay secure, but a little squeeze and their lives would overflow the way streets do in the monsoon season” or the young woman looking after her family in “How Are You?” who imagines her mother worrying of “the future clothed in many coats of fears.”

In all, this is an impressive display of talent, and proof that the short story genre is alive and well in fresh and interesting ways.