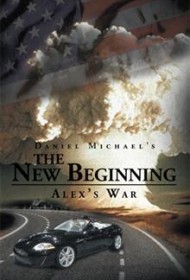 The course of human history shifts in a matter of hours, and American society is forever transformed in Daniel Michael’s post-apocalyptic thriller The New Beginning. The central conceit is hardly new. But from heady fiction such as Cormac McCarthy’s The Road to popular sci-fi series such as The Terminator, cataclysm has often served as grist for intriguing storytelling.

In Michael’s first installment of a promised series, disaster strikes in the form of a nuclear attack on America by Chinese and Russian forces, annihilating American capitals, wiping out millions and permanently changing the life of Alexander James, a young Chicagoan who escapes the devastation with his family. As survivors shift from shock to battle plan, James rises in the ranks of a new kind of American military that quickly becomes regimented and oppressive.

Alex tries to cling to some semblance of normalcy with a new wife and child, but the demands of combat quickly overwhelm him. He leads guerilla expeditions and infiltrates the enemy’s command but comes to suspect the motives of the system that arises from the devastation.

Michael’s first-person, matter-of-fact narrative style offers little poetry or subtlety, but considering the gritty action sequences and bleak premise, it feels appropriate. Michael offers some keen narrative detail, but don’t count on finding any deeper symbolism or meaning. While the fictional politics are dubious at best (the rise of an American brand of Communism feels like thinly veiled political commentary), the book should appeal to fans of straightforward action and exciting military sequences.

Also available in hardcover and eBook.