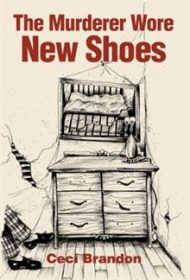 C.J. enjoys exploring so much that she hopes to be an archeologist one day. This itch drives her to disobey her father by sneaking into a decrepit local house. Unfortunately, she’s not alone. Squirreled under the bed, C.J. witnesses a deadly altercation—and what’s worse, in her haste to leave, she forgets the family heirloom she received for her 13th birthday.

C.J. doesn’t know how to tell her father she trespassed any more than she knows how to tell her grandfather she lost the homerun baseball that won the Phillies’ their first World Series. She tries to share her burden with her older brother and then with her best friend, but she can never seem to find the right time or words. Instead, she lets the guilt gnaw at her until a dramatic twist forces her to confront the moment she wishes never happened.

C.J. is a sympathetic main character, but while her angst feels authentic, it doesn’t make for a terribly suspenseful novel. Figuring out the murderer’s motive doesn’t concern her, nor does the fate of the victim. Instead, the novel focuses on her private shame and predicament. Time after time, C.J. takes the easy way out instead of confronting her demons. Because of this, the book adopts a plodding pace after an explosive beginning and never quite finds its way.

Though C.J. starts out as an inquisitive and relatable heroine, the book’s lack of action and overreliance on her internal monologue prevent it from delivering on its potential.