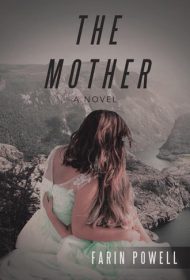 A 25-year-old woman who marries her charming older boss finds her fairy-tale life emotionally tangled by infidelity, deception, and a daughter’s aggressive brain tumor in Farin Powell’s The Mother.

In 1992, Helen Miller is hired by handsome and wealthy attorney Jacob Klein in Washington D.C. for a job in Paris. She quickly falls for him although he is 20 years older and divorced with a young son. They soon marry and all goes well until she becomes pregnant. When she learns Jacob has been involved with a mistress who has a son the woman claims is his, Helen promptly divorces him.

As time goes on, the couple remains entwined. Helen and Jacob’s daughter, Daisy, is beautiful and brilliant, but her diagnosis of an aggressive glioblastoma at age 19 and Jake’s continued manipulations of Helen’s life cause Helen to suffer debilitating panic attacks. And when Helen becomes involved with a kind widower, Tom, whose friend also has glioblastoma and rests in a hospital room next to Daisy’s, Jake’s meddling causes further frustrations.

Powell’s novel delivers solid pacing and clear writing with apt descriptive elements of place, although it’s limited in stylish language and often offers clichéd analogies (“It was like someone had plunged a sword into her heart”) or those that simply miss the mark (“The huge void in her heart weighed like a mountain”).

While Helen is a well-rounded, emotionally developed character, the supporting characters are largely one-dimensional. Most have handsome physical attributes but lack the quirky attributes that would make them unique and memorable.

Overall, the novel’s plot twists and conveniently timed coincidences have the feel of a predictable soap opera. As such, the book most likely will draw those who prefer a light beach read.