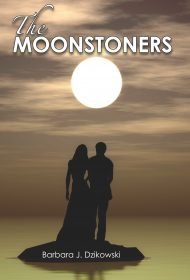 Noel Trudeau learns she’s pregnant the same day President Kennedy is assassinated. She has no choice but to marry her abusive boyfriend, but later runs away with their son, Adam. Settling in Langston, Indiana, she meets Theckla and Freddie Chavis, her new downstairs neighbors. Looking to escape their own troubled past, the Chavises emigrated from Alabama as part of the Great Migration of African-American Southerners to the north. While Freddie initially distrusts Noel as a white interloper, he and Theckla soon become surrogate parents to Noel and grandparents to Adam.

When Noel meets Ricky Ziemny in an art class, he falls for her, despite his traditional Polish-American family’s disapproval. Noel grows to love him, too, but later develops feelings for his brother—with devastating consequences.

The upheaval of the 1960s runs through the novel, particularly as Noel’s brother returns home from Vietnam and his girlfriend joins the anti-war movement. Racial conflict is a prominent theme as well.

The treatment of these big themes occasionally falters, as with Noel’s description of herself and other characters as “[moonstoners]… born in the shadow of a restless moon [and] . . . pummeled and polished into various opalescent shades,” a florid statement that seems to overreach and feels sentimental, given the novel’s generally gritty tone. Similarly, quotations woven into the narrative (from Bobby Kennedy, Pascal and others) to underline its themes also can feel forced.

Nonetheless, Dzikowski has created an impressive number of three-dimensional main characters. Although the novel contains potentially melodramatic developments (including adultery, alcoholism, suicide and murder), each is believable, given the strong character development. The Moonstoners is the first of a projected trilogy, and readers will likely be eager to learn what becomes of everyone in ensuing volumes.

Despite its occasional overreach, The Moonstoners should appeal to fans of complicated family stories, as well as those interested in the legacy of the 1960s.