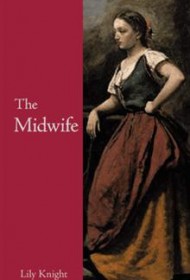 Lily Knight’s novella, The Midwife, follows a fiercely-independent Sicilian woman whose husband is killed by the Mafia and who then takes her children to another part of Sicily to start a new life as a midwife.

The first 40 pages introduce characters who are quickly abandoned. This includes Lucia, a young girl working in an upper-class home, who bears the illegitimate daughter of the family’s eldest son. Lucia’s child, Mara, is actually the story’s focal point, yet, Knight offers few details about her unhappy childhood in an orphanage, her adoption by a well-off couple, and her subsequent marriage. Later, when Mara’s husband is killed by the Mafia, she leaves with their four children — who magically appear, having never been mentioned before — in the dead of night to find a new life.

While the story outline appears captivating on its surface, that notion is quickly dispelled when considering its context: in Sicily in the late 1800s, such an independent woman would likely be an anachronism. The story isn’t helped by repeated changes from past to present tense and an abundance of sentence fragments. Perhaps oddest of all is the dialogue formatting, in which multiple exchanges take place within one paragraph, some with quotation marks, some without, and inconsistent attribution: “The roses are my favorite”, said Mara. “Are they Signora Mara?” “Here I emerge myself in the beauty of the earth (no close quotation marks, although the quote continues for five more sentences before opening quotation marks appear again).

While the potential for a fascinating tale was strong, that promise is never realized in this story. Readers will find it hard to suspend their disbelief as they meet one-dimensional characters and endure the oddly organized dialogue and numerous grammatical errors, making this an unsatisfying experience overall.