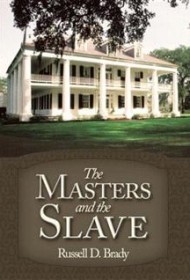 The book’s protagonists are John Trent, CEO of a computer software company, and his piano-teacher wife Laura. The couple has relocated to the small town of Pleasanton, Illinois, where their new home borders a mysterious mansion from which classical music erupts each evening. Laura is intrigued when she hears a player trying to work out Schubert’s unfinished eighth symphony.

Eventually, the couple is invited inside by Dr. Reginald Constable, who has quite the tale to tell. The good doctor, with help from his two servants, has managed to open up an otherworldly portal, reaching neither Heaven nor Hell but a tunnel to an artistic purgatory dubbed “Netherland.” In a whimsical twist, the world’s greatest composers return to Constable’s conservatory each evening to complete the works they were denied finishing by their deaths. Among those working off their passage to heaven are Wolfgang Amadeus Mozart, Richard Wagner, Ludwig van Beethoven, and, er, Engelbert Humperdinck. Meanwhile, the locals believe there are dark forces at work, which causes no end of trouble for the curious couple.

It’s an intriguing premise populated by colorful characters–in one case, Wagner incites the wrath of God because he refuses to leave the party, while Beethoven has writer’s block caused by the sudden return of his hearing. But too often, scenes of mundane domestic rituals fill the spaces between. Even segments that throw the world’s most gifted and tortured artists in the same room are dulled by emotionless prose, lackluster explication and bizarrely formal proclamations (“Since you all have things you must do elsewhere and need to get on with them, I will convenience you by dying tomorrow, say about 10 a.m.?” pronounces one character). The latter lends the book a bizarre, Rocky Horror-vibe that may not have been exactly what the author intended.