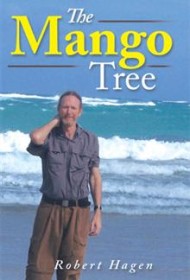 The Mango Tree offers a collection of ten tales that interweave and overlap. The themes vary, from cultural misunderstandings, to love, death, and the politics of place.

In one story, a juvenile delinquent falls in love, but the affair is cut short when he’s busted. In another, a young girl researches her family history to learn about her absent father. In a third, a Cuban man tells a Norwegian visitor about local history and infrastructure.

Author Robert Hagen based these stories on people he met while traveling the world, and there are some gold nuggets here. Cuban history, including a passage about Fidel Castro’s support of the Afro-Cuban community in the face of racism, is recounted with spirit, and some stories set in Bali bring the culture vividly to life.

But the writing is also muddled at times. A character named Sandra in the story “Alfredo” is a virtual saint, disabled by a childhood beating and now indebted to the church where she works. Can she be the same Sandra in “The Door,” who surprises a married man with her pregnancy after their affair? It’s not clear. A different story that appears to be set in Cuba delivers what amounts to cultural whiplash when it is revealed to be set in Bali instead.

While fiction can be a wonderful vehicle for gathering stories like these, it’s tempting to wonder if a nonfiction travelogue wouldn’t be clearer and more cohesive. A few stories are written from multiple perspectives, each in the first person, but the characters tend to sound overly similar. Simply letting the real people have their say would preserve their voices.

Still, The Mango Tree is admirably ambitious in its global scope. With editing for clarity and consistency, and closer attention to the voice of characters, these stories might mesh into something more consistently successful.