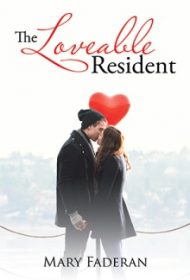 Dr. Mike Oates is a dashing, promising surgical resident who is running late for morning rounds, so he takes another doctor’s parking space. When that doctor later confronts him, Oates stabs the man, hides the body, and leaves him for dead. So opens Mary Faderan’s mystery romance novel, The Lovable Resident.

Escapist fare hinges on a bit of suspended disbelief, but Faderan’s improbable plot is asking a lot of her readers. After the shocker of an opening, she switches tone and casts her title character as a nice—albeit confused—guy in the middle of career indecision with some unresolved father issues. Along the way, he reunites with a high school flame who is now conveniently a lawyer and who instantly and unquestioningly falls hard for him despite knowing he killed someone. Her father, also a lawyer, agrees to defend Oates, convinced a legal loophole can be found.

And the dead guy? He’s basically forgotten, dismissed as an unlikeable jerk with unrelated malpractice in his past.

Faderan is a skilled storyteller who knows how to keep the pages turning. The plot she weaves is intricate, and she does well at unfolding how her many characters are interconnected. She struggles, however, with the police and mobsters, who feel clichéd in both dialogue and deed. (Do bad guys really say “Capisce?”)

The bigger issue is the protagonist. There’s nothing wrong with resurrecting an unsympathetic cad into someone readers can root for in the end. Maybe that’s what Faderan was attempting. She gives some glancing attention to his fear and guilt, but the story offers far too little insight into his behavior. What makes someone on the fast track to success resort to such senseless violence?

Sadly, all the subsequent messiness is tied up implausibly in the march to a happy and romantic ending. Blame it on the genre, perhaps, but a better, more interesting tale slipped away.