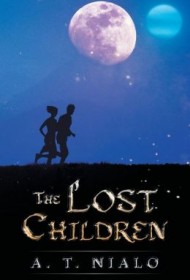 The story revolves around Zantyranlinia, a Keeper (people with innate magic ability who have isolated themselves from the world for generations) who is sent on a mission to find the lost children of two Keepers who willfully left the protection of their forest sanctuary. The plan is complex and a bit impractical: Zantyranlinia—aka Lady—makes a deal with the kingdom’s young prince, Quentin, to imprison her in the royal dungeon while he searches for the magical siblings. Once they are found, the soon-to-be king will reunite Lady with one or both of the lost children.

Twenty years pass by. During that time, Lady is relentlessly tortured by guards who have an allegiance with Quentin’s wife—the Queen—who may be trying to undermine him and take over the kingdom. But one of the lost children has been located! Now all Lady has to do is somehow escape her prison—and the Queen’s deadly machinations—and return to the forest with her charge.

Conceptually, the story has much potential: It’s set in an intriguing realm with much still left to explore; the main characters are well developed; and it could be the beginning of a much longer story arc. But poor writing mechanics sabotage any chance this novel has at success. The author inexplicably switches between past and present tenses, oftentimes in the same sentence. (“He sped up his pace as he passed a window and saw the sun is getting lower in the sky from one of the barred windows when he passed it.”) Additionally, punctuation errors abound, sometimes with comic results: “He is the one Lady” (vs. “He is the one, Lady”).

As a result, this becomes a disappointing read, made even more so because of the story’s tremendous potential.