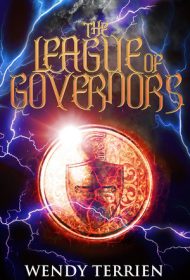 Book two in Wendy Terrien’s Adventures of Jason Lex YA fantasy series follows 14-year-old Jason Lex as he discovers the terrible truth about an organization called the League of Governors and its plan for world domination.

After suffering his mother’s betrayal in the first book, Jason is training to become a Guard: a protector of Earth’s humans and cryptids, or mythical beasts. When his dad and sister are captured by the League of Governors, Jason and his uncle attempt to rescue them. But their plans are thwarted by the cunning enemy, and Jason finds himself alone in a League hospital. He must uncover dark secrets in order to save his family and his entire world.

The League of Governors plays with the idea that creatures such as Bigfoot and Yeti exist in today’s society. Terrien’s world building is admirably extensive, and Jason arrives on the page as an established and complex character.

Unfortunately, the book suffers from several flaws. The narrative is frequently bogged down by excessive detail. When Jason first wakes in the hospital, pages of tedious dialogue describe his ailments and the medical response to them. Most of the plot takes place inside the hospital, which limits tension and drama instead of intensifying it.

Terrien packs the story with obstacles for Jason to overcome, yet each victory is undercut by convenience. In a building that tracks a patient’s every move with surveillance and wrist monitors, for example, Jason discovers unmonitored passageways and easily slips off his wristband. Likewise, when Jason’s leg is brutally broken as punishment by the League (a scene that’s rather jarring in this mostly light-spirited offering), he just happens to have a magical ability to heal—in only that leg.

Despite such shortcomings, fans of the series may appreciate the intriguing world the author has created and the characters they have come to enjoy from the first book.