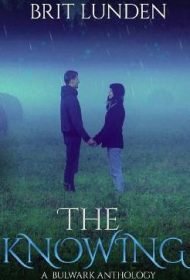 Returning home after tending to a couple injured in a car accident near his property, an aging widower reflects on his relationship with his late wife in The Knowing, a novella that kicks off the eight-book Bulwark Anthology series, penned by various authors.

The bulk of The Knowing is told in flashback in the 1960s and follows the romance between JB Straton and Ellie, his future wife. It also illustrates how JB escaped life on his parents’ farm in the small town of Bulwark, Georgia, through success on the gridiron. A star high school linebacker, JB was recruited by legendary University of Alabama football coach Paul “Bear” Bryant and later played in the NFL.

The Knowing is the first installment of the anthology, but it’s actually preceded by author Brit Lunden’s Bulwark, a slightly longer 2018 novella that first established the small town. JB appeared as a supporting character in Bulwark, and the car accident is more fully depicted there.

In this story, readers quickly realize that Bulwark is home to a variety of supernatural goings-on, such as scary wolves looming in the distance, a malodorous pond that appeared from nowhere, and a woman breathlessly accusing JB’s late wife of having been a witch. Although it ostensibly falls into the “supernatural romance” genre, the paranormal elements that were up front in Bulwark are only obliquely suggested here.

That’s not necessarily a problem: Focusing on the love story and letting readers infer other elements largely works for this tale, which moves briskly and lets its mysteries unfold with a light touch. Readers may find it odd, though, that chapters are named after football terms (“Scrimmage,” “Blitz,” etc.) although the novella displays only peripheral interest in the sport.

Romance devotees looking for a quick, colorful read should consider The Knowing, which might spark interest in checking out the preceding novella and other installments in the Bulwark Anthology, all of which are currently available in paperback and ebook.