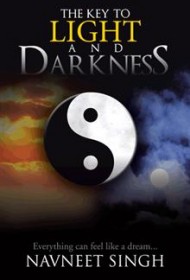 This ambitious, though flawed, young adult fantasy is about a 15-year-old girl who undergoes an incredible journey. It is written by teenaged author Navneet Singh.

While waiting outside the library for her mother, Nexa Rhosly sees a white light before losing consciousness. She awakens on a distant planet where she’s proclaimed “the wielder of the soul blade,” an honor that requires retrieving six hidden gems, which will save the galaxy from “dark light.”

Four boys help her battle the top six villains in the galaxy, who also seek the gems. Deadly “Soul Stealers” (floating ghosts resembling the Dementors in the Harry Potter series) stalk her as she completes the tasks. Once Nexa retrieves the gems, she receives magic wishes to transport her back home. However, faced with shape-shifters, a talking coconut, a flaming phoenix, a girl wolf, and other strange creatures, she occasionally wonders if she is merely dreaming her wild adventures.

Although parts of this story show imagination, the prose is particularly challenging to read. Told in first-person, most sentences contain errors of punctuation, spelling, tense shifts, missing words, repeated words, and/or improper word choice. Multiple errors in most sentences slow the narrative and make the dialogue awkward and confusing. (One example: “‘Thanks’ [sic] I thanked him.”)

Among the many sentences in which errors obscure meaning: “But I think they forgot to tell me who they were including their appearances”; “The red light that surrounded us was almost like the gray light that we were in caused by Marco,” and “There were torches light up and hanged by the walls…” Overly obvious foreshadowing also leaves readers little doubt about what’s soon to follow.

The author’s ambition is admirable, and she may wish to revisit the manuscript to fine-tune the story and utilize the services of a professional editor who can ease the reading experience. As it stands, this book will have difficulty competing with popular young adult fantasies currently on bookshelves.