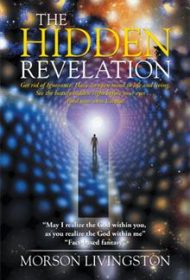 Reports of wars and killings in the name of religion crowd our newscasts. Why is religion so divisive? What are the roots of these religious traditions and what, if anything, is of value in them?

Morson Livingston discusses these and many other questions in this philosophical novel. Here, the reader meets Francis whose mother, Benedicta, on her deathbed, reveals to him her secret travel journals. In the pages of the journal, Benedicta recounts her voyages from Cairo, to Rome, to New York, and to other places where she meets wise adherents of various faiths. She learns the key tenets of each of these traditions, including Judaism, Islam, Christianity, Hinduism, Buddhism, etc. In the process, she finds that each of these faiths has core beliefs that are in harmony with the other traditions.

After reading the journals, Francis makes his own summary of these faiths, expressing the essence of each in a page or two. The book ends with the author stating, in the first person, his own views regarding the distinction between religion and spirituality. For Livingston, religions are external codes, while spirituality entails a personal connection with an underlying Reality.

There is nothing new in Livingston’s presentation, but to demand novelty is to miss his point. He expresses, in a gentle style, perennial truths. He speaks to what is the same in all human beings, promoting peace between adherents of different faith traditions.

The flaw in his beautiful presentation is that his readers are likely to be those who already accept his notions of religion and spirituality, who already understand that there are many paths to the same Truth. Religious fundamentalists are unlikely to read past the introduction. However, those of the “spiritual but not religious” persuasion will delight in this imaginative excursion.