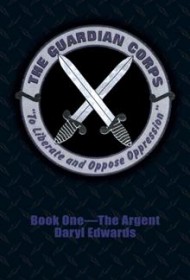 This immersive shelf-bender of a novel is a grand-scale science fiction tale that explores (allegorically) several powerfully moving themes: sexism, racism, the power of faith, and, above all else, the seemingly inevitable consequences of combining religion and government.

The story is set largely on the planet Kerguelen, a world in which the Federal Church and, more specifically, the Congress of Cardinals, wields unlimited power. It follows two courageous characters: Commander Prior, a heroic Guardian who has been battling ingrained social prejudices her entire life; and Omega, a space captain who has been excommunicated from the Church because of his theories regarding other possible intelligent life forms in the universe.

As Omega discovers a deep space probe of alien origin — a discovery that will undermine the theocratic power structure of Kerguelen — Prior becomes entangled in a meticulously plotted conspiracy that revolves around the revival of an ancient religious order (known as The Argent) and the ultimate destruction of the Guardians.

One of the strengths of this richly described novel is its world building: Edwards goes to great lengths to explain the society’s history, religious mythology, cultural mores, etc. But some of this could have (and probably should have) been streamlined a bit to keep the pace from flagging. Edwards combats this brilliantly, however, by keeping the chapters relatively short and ending each one with a tantalizing bombshell of some sort.

The bigger criticism concerns the novel’s conclusion, which is more like a respite until the release of the second book in the series. After investing so many hours reading a 500-plus-page book, readers may be less than pleased with this head scratcher of an ending. It’s a shame, because aside from the unsatisfying conclusion, the rest of the novel is superbly plotted and undeniably entertaining.