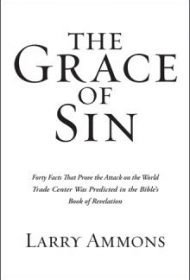 The subtitle of this controversial book explains its contents: Author Larry Ammons attempts to show that the Book of Revelation predicted the 9/11 World Trade Center (WTC) attack.

Ammons melds biblical prophecy and current events to explore a topic popular among Bible students, conspiracy theorists, and believing and non-believing truth-seekers. His stated intent: “to save [readers’] souls before it’s too late” by providing both the “why” and the “how” this should be accomplished. His doctrinal position is that God used this incident as a warning to unbelievers that repentance is required.

In this revised version (originally published in 2007), details of a prophetic vision by the apostle John in the book of Revelation’s 17th and 18th chapters are paired with specifics surrounding the WTC’s destruction on 9/11. Forty “facts” along with 15 diagrams are presented to “prove” that John’s predictions “have come to pass.” For example, Ammons asks: “Were there ten kings [present during 9/11]?” and answers “Yes,” noting that there were ten terrorists who “ruled” over “everyone on both airplanes.”

While the premise is interesting, the text presents problems. Although the author states that he’s dealing with proven facts, attribution is often missing along with the Bible version used—both of which are important for readers attempting to assess the author’s argument. Key attributions are lacking for details about: the WTC construction and fire, the terrorists, a history of popes, the source waters of the Hudson River, artists used for diagrams and more.

The topic may find readers among those interested in Bible prophecy linked to current events. Not all, however, will be comfortable with the author’s doctrinal stand, as the traditional view holds that the event spoken of in Revelation happens very near the last great battle and consummation of the ages.

Ultimately, more careful documentation is required to make a stronger case for this controversial position.