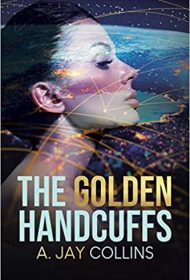 Matthew Black is an operative of the Organization for Reconstructing Business (ORB), a secretive group that manipulates businesses globally for what they feel is the “greater good.” Matthew’s latest assignment is to infiltrate Kent Minerals, a small gold-producing company, helping them complete a major mining project while surreptitiously ensuring their bankruptcy” so that Scorpion Mining, a major gold-producing company, can cheaply buy them out and transfer their major Peruvian mine to rebels seeking to overthrow the corrupt Peruvian government.

Matthew’s allies in this goal include Stockman, an ORB leader; Emma, another operative working more in the shadows; and Rebecca, a civilian recruited to work at Kent Minerals to uncover its secrets.

The novel’s global scale is impressive as it moves from Hong Kong to Peru’s capital city and a small rebel camp in the Peruvian wilderness, as well to a Canadian mining camp and Colorado locales. The author provides plentiful information about each setting, especially concerning Peru’s political situation with then-President Fujimori. Sometimes, though, these descriptions feel more appropriate for a history or guidebook.

Matthew is the novel’s most engaging character, with a James Bond-like charm and ease that endears him to others, especially women. By contrast, the antagonist, Nancy White, owner of Kent Minerals, feels rather broadly drawn.

While the high-stakes plot intrigues, it can be complicated for readers unfamiliar with business or finance. Also, Kent Minerals seems driven to bankruptcy less by Matthew’s actions than their own corrupt practices, and violent scenes toward the end seem more like passages from a spy novel or thriller than what comes before. Indeed, the epilogue finds Matthew meticulously preparing a shocking act of revenge, enjoying violence in a way that feels out of character.

While some may find the novel difficult, readers looking for the challenge of an involved story with corporate maneuvering might enjoy The Golden Handcuffs.