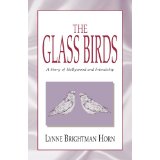 In Lynne Brightman Horn’s novel, Diane Kramer is a recently divorced school teacher who looks for a new challenge by becoming a personal assistant to Hollywood star Janit Gold. Diane moves into Janit’s Hollywood mansion, where the two immediately strike up a friendship that goes well beyond a working relationship.

Diane, an aspiring screenplay writer, shows one of her early drafts to Janit, who quickly turns it over to a Hollywood producer who not only produces it as a television drama but casts Janit in the starring role. From there, Diane’s career as a sought-after screenwriter takes off.

Horn did her homework on how Hollywood works, as she details the stages of production: how producers and directors order rewrites and how whirlwind the process can become. Toss in a couple of boyfriends, some turbulent side stories, such as cocaine problems, a stalker and egotistical producers, and Horn’s book itself has the makings of a screenplay — perhaps for an original movie on the Hallmark Channel.

Before heading to the screen, however, it could use an update – unless, of course, it’s meant to be a period piece freeze-dried in the 1980s or ’90s. Horn, for example, writes of a secretary using a “word processor,” Janit using a “car phone”, and passÃ© blue-and-rose dÃ©cor in the mansion. The theme from Love Story plays at a wedding, and during a romantic date, Barbra Streisand is a favorite singer. Horn also writes of a fundraiser featuring Barry Manilow, Celine Dion, Garth Brooks, Billy Crystal and others that grosses $200,000 — chump change by today’s fundraising standards and considering the star power involved.

Despite such flaws, the novel has enough twists to keep it moving forward on a day at the beach. Horn tightly wraps up her many side stories, and her main characters are likeable enough that you’ll catch yourself rooting for their success.