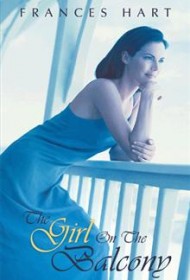 Two young people in love and a series of unfortunate events combine to make this contemporary romance set in England and the U.S. a pleasant read.

American movie idol Matt Steele is in London for the opening of his new film. During an interview on the red carpet, he spots a beautiful dark-haired girl sipping wine on a balcony above him. Their eyes meet, and Matt is instantly in love. The girl on the balcony is Laura Marshall, an English teacher at a local girls’ school who emphatically prefers Johnny Depp to Matt Steele. The challenge for Matt is to identify and woo Laura, but without revealing his true identity. With a change of haircut and sunglasses, Matt manages to convince Laura that he’s an out-of-work actor. (This contrivance is probably the least credible aspect of the novel.)

Well written and densely plotted, the author creates solid subplots involving Laura’s brother’s dreadful fiancé who flirted shamelessly with Matt at an after-party, and one of Laura’s precocious students who believes there’s a story to be told about her teacher and a movie star in disguise.

The only downside to the novel is Matt’s dialogue, in which he sounds more British than Churchill. It’s hard to imagine an American exclaiming “Sod it” during moments of frustration. Also, the occasional profanity is jarring in a story so wholesomely presented overall. The novel is quite long, but the author’s ability to keep things moving with brisk pacing makes the pages fly.

This is an old-fashioned romance more than a lusty romp, but it’s the kind of story dreams are made of.